Arriving at the house, Mrs.

Nickerson met the travelers with a hearty welcome, and in the kind, thoughtful attention of this worthy couple, the sore heart of the patient girl was soothed and rested. The complete change of the mode of living, scenery and people had its effect upon her, and she grew more resigned day by day to her broken life. The people who lived in the thriving little village were hospitable and kind.

They were mostly Methodists. A man by the name of McIntyre, who was a class leader, induced Lydia to take a Sunday school class, and she was much interested in her labors in this direction. The Spring and Summer came and passed away and Fall came. Few strangers visited the little village and life passed quietly on.

One day in October, , a wagon load of people stopped at the door, and great was the surprise of all, when the party proved to be old Mr. Nickerson and the youngest son, Levi, who, of course, was Freeman's brother. They had with them two strange men. But we will let another chapter tell who and what they were. Although so remote from the States, rumors of a new prophet and a "golden bible" had reached Mount Pleasant, and had been wondered over and commented upon.

Freeman had been told that his parents had joined the new Church, and he was rather disgusted with the information. It will be necessary to say here that the old gentleman was indeed full of the gospel he had embraced, and was so anxious for the eternal welfare of his sons in Canada, that he had hitched up his carriage, gone on a visit to Kirtland and prevailed upon the Prophet Joseph Smith and Elder Sidney Rigdon to accompany him on a visit to his sons, Moses and Freeman, in Mount Pleasant. Moses and Freeman were wealthy merchants and men of influence in Mount Pleasant.

On the evening of the arrival, after the bustle of welcome and a warm supper were over, everyone was too tired to talk, so all retired to rest. Next morning many were the curious glances that Lydia cast at this strange man who dared to call himself a prophet. She saw a tall, well-built form, with the carriage of an Apollo, brown hair, handsome blue eyes, which seemed to dive down to the innermost thoughts with their sharp, penetrating gaze, a striking countenance, and with manners at once majestic yet gentle, dignified yet exceedingly pleasant.

Elder Rigdon was a middle-aged man of medium hight, stout and quite good-looking, but without the noble grandeur that was so distinguishing a mark of the prophet. The day was spent by the travelers in examining a fine new store which had just been erected by the Nickerson brothers, and in looking around the premises as also in walking through the village itself.

The Elders were very wise. They said nothing about their views or doctrines, but waited patiently until some one should express an interest. I guess I know as much about the scriptures as he does. As soon as supper was over, he invited his visitors and family to go up stairs to the parlor, where he said they would have some talk. All, accordingly, repaired to the large well-furnished room, and then Mr. Smith, I wish you and Mr. Rigdon to speak freely. Say what you wish and tell us what you believe. We will listen. The Prophet commenced by relating the scenes of his early life. He told how the angel visited him, of his finding the plates, the translation of them, and gave a short account of the matter contained in the Book of Mormon.

As the speaker continued his wonderful narrative, Lydia, who was listening and watching him intently, saw his face become white and a shining glow seemed to beam from every feature. As his story progressed he would often allude to passages of scripture. Then Mr. But the attempt was soon acknowledged even by himself to be futile. The Prophet bore a faithful testimony that the Priesthood was again restored to the earth, and that God and His Son had conferred upon him the keys of the Aaronic and Melchisedek Priesthoods. He stated that the last dispensation had come, and the words of Jesus were now in force—"Go ye into all the world and preach the gospel to every creature.

He related some of his early experiences, and told those present that he had received a testimony for himself of the truth of what Joseph had said, and then exhorted all present to take the advice of the ancient Apostle James, and ask God, and the testimony would be given to each one; for God is the same now as He was anciently, and has communicated His only gospel to men.

You may be sure that by this time Mr. After both men were through speaking, many questions were asked by all present for information. The listeners were honest-hearted people, and when truth is told to such, they are constrained to accept and believe. Why if what you have just said is not good sound sense, then I don't know what sense is. A feeling of agreeable disappointment was felt by Mr. Seldom have any petitions been sent up to heaven more fervent and earnest than were those of the inhabitants of Mr.

Next day notice was sent out that there would be public preaching in the Nickerson Bros', new store-house. 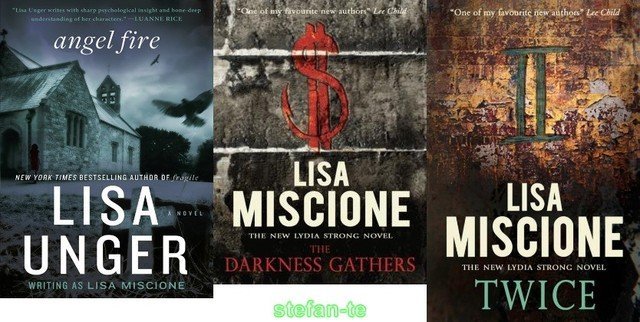 A large and attentive audience was present. Elder Sidney Rigdon spoke to the people with great clearness on the first principles of the gospel, and closed with a strong testimony to the truth of so-called "Mormonism. The Prophet then arose and poured forth a golden stream of words, many of which were verily pearls without price. Setting forth the restoration of the gospel and the great work that had commenced on the earth. With power he exhorted every one who was present to seek for the truth of his and his companion's words from the source of all light, all truth, all religion, and a knowledge of the truth of the same should surely follow.

The next day Mr. A large and attentive audience listened to all that was said, and at the close of the meeting several persons came forward and requested baptism. The day following a meeting was again held, and after it was over the Prophet baptized twelve persons, among whom was Lydia Bailey, Mr. She who was always so sober and full of reflection had received the glad message with trembling joy. She was filled with a bright, peaceful influence and was full of gratitude that God had spared her to hear and accept His glorious gospel.

How often we wish and even pray for that which would be our greatest misfortune! The lonely girl had thought of death and its rest with a longing heart, but now, why here was life, life eternal! Life filled to the utmost with good works, joy, and happiness. No matter what should come now, she should know it was all for the best.

That is one of the greatest charms of our holy religion. Whatever is, is always for the best if we are only true and pure. So into the water goes Lydia with a light step and happy heart.

She was so filled with the Holy Ghost while standing in the water after she was baptized that she was constrained to cry aloud,. Thanks be to His holy name that I have lived to see this day and be a partaker of this great blessing.

In the evening, the new members of the Church assembled in Mr. God bestowed His Spirit very freely and the Prophet gave much valuable instruction.


Two more persons came to the Prophet and requested baptism at the meeting the next day. It was attended to and a branch of the Church was organized. Freeman Nickerson was ordained as the presiding Elder. The evening of this day which was the seventh day, the Prophet had been there, and came on Monday, October 24, , the family were all seated around the wide, old-fashioned fire-place in the parlor listening to the Prophet's words and full of rejoicing.

Every one then turned as by a common instinct to Lydia, and said with one voice, "Sister Lydia rise up. And then the great glory of God was manifested to this weak but trusting girl. She was enveloped as with a flame, and, unable longer to retain her seat, she arose and her mouth was filled with the praises of God and His glory. The spirit of tongues was upon her, and she was clothed in a shining light, so bright that all present saw it with great distinctness above the light of the fire and the candles.

The visitors had desired to return on the next day, which was Tuesday. Accordingly, preparations were made for their departure. It was decided that the Prophet and Elder Rigdon should return by crossing Lake Erie, Freeman giving them the money to do so. They all started out together— old Mr. Nickerson, and Joseph and Sydney. The journey was thus shortened by two or three hundred miles for the Prophet and his companion.

That morning, while the team was being hitched up, Joseph paced back and forth in the sitting room in deep study. Finally he spoke up and said:.

I now understand it. The Lord has suffered it even as He allowed Joseph of old to be afflicted, who was sold by his brethren as a slave into a far country, and through that became a savior to his father's house and country. Even so shall it be with her, the hand of the Lord will overrule it for good to her and her father's family. Turning to the young girl he continued: "Sister Lydia, great are your blessings.